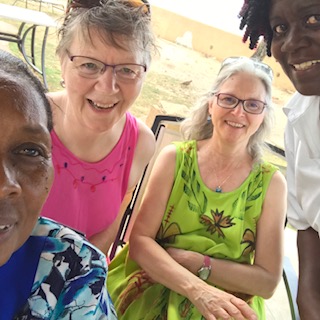 The idea for EmpoweringWidows.com developed after I read an article on the thousands of tragic women in white who wander the streets of the holy cities of India. Cities full of widows, ostracized, abandoned, treated with contempt only because their husband had died.

I couldn’t shake the impact of that article, with its graphic images of crone-like figures pathetically begging or living in conditions of utter destitution.

Even though I had spent over a decade working in a developing country in Asia, followed by a career as a priest and hospital chaplain, I had never heard of widows being treated this way in developing countries.

So I began to research what their reality was. Perhaps the journalist had been a bit too creative in his portrayal of the city of widows.

About the same time I started to notice something in the Hebrew Scriptures that hadn’t struck me before. Repeatedly there was Yahweh, the God of the ancient Hebrews, calling people to treat widows with respect and consideration, and to make sure that they were provided for.

What I read in the Scriptures and what I discovered in my research has left me feeling that I have some responsibility to do something about the plight of destitute widows.

Part of my response has been to share with you what I have learned. I hope you will be challenged and moved as I have been. I hope that you and I both will find practical ways of alleviating some of the distress that widows experience in much of our world today.

I’m honoured to have you join me in this exploration.