The suffering experienced by widows in India and China, appalling as it is, seems slightly more benign than what African widows face.  In many African countries the traditional age-old cultural values dominate when it comes to the treatment of widows, particularly in the rural areas, and their customs are horribly degrading.

Each tribal entity has its own traditions and rituals, but there is enough similarity across the countries of sub-Saharan Africa that it’s safe to make some broad generalizations. For specific countries, please do your own Internet search.

Those in the know call the widow of Africa “invisible and excluded”. That’s because, as in so many developing countries, a woman’s access to social and economic rights is based solely on whether or not she has a husband. When he dies (or she is divorced) her rights are gone. She has lost her right to the land she worked and the house she shared with her husband; she is denied any inheritance; all her possessions are taken by the in-laws; and too many countries have no provision for pensions for widows.

In 2017 a statistic from the World Bank claimed that “one in ten African women above the age of 14 is widowed”. That is an astonishing number and represents a massive amount of suffering of every kind.

It seems that in Africa there is more chance of a woman being widowed quite young: the husbands – who are often much older than they are - die sooner because of HIV/AIDS and other devastating diseases like the Ebola virus; or are the victims of tribal wars and ethnic cleansing, brutally carried out by one tribe against another, most often targeting the men and boys. Or they die in work-related accidents.

Often the widow is suspected of having somehow caused the husband’s death (by witchcraft) so she may be forced to endure all sorts of rituals to prove her innocence. These may go so far as her having to drink the water that her dead husband’s body was washed in. This is supposed to break off any malevolent spirit power she may have that killed him, and that she could use on others in the community.

“Land grabbing” is apparently a common practice in many African countries, even though there are laws that give the widow the right to live on the property she shared with her husband for his lifetime. But when a woman is illiterate and ignorant of the law, and when your in-laws and the whole village have ganged up against you, and when you are still traumatized by losing your husband, it’s almost impossible to seek justice. 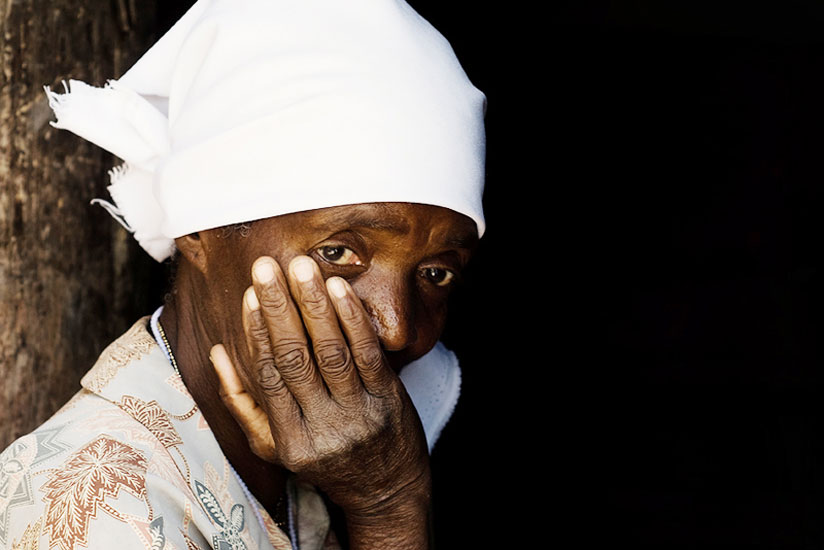 In any case, where would you get the money to go to court?  (To hear the experience of one widow who fought to get her rights, even though it involved walking 25 miles each way, multiple times, to present her case, check out Grace’s story in the section on International Justice Mission). Sadly even in cases where the courts have ruled in a widow’s favour, hostile in-laws may still attack her and make it impossible for her to retain her land.

If a widow does want to go to court, she probably won’t have the necessary paperwork such as her husband’s death certificate or any kind of a will saying that her husband left the property to her. And the community would consider her to have brought shame to her family/in-laws for having gone to court.

Since a woman is considered to be some man’s property, and since the in-laws wish to keep the late husband’s land within their family, in many tribes there is strong pressure on the widow to submit to levirate marriage, in which she is married to a brother-in-law.

In other instances, in-laws will threaten to harm her or will actually attack her with machetes if she does not leave the property, and they may forcibly take her children from her. They claim the children are part of the in-laws’ family and do not belong to her.

Some African countries have brought their inheritance laws in line with international conventions, but many, such as Tanzania, are still upholding a more traditional view of widows’ rights. In fact, when the government was challenged on its violation of international human rights law, it responded by saying that it did not want to “open a Pandora’s box” by declaring that the customary traditional law regarding widows’ inheritance is unconstitutional. In such countries it’s going to be an uphill battle to change the minds and hearts of people.

In Zimbabwe the situation is much the same, even though the 2013 Constitution guaranteed equal rights for women, including inheritance and property. Pressure from the international community plus enlightened politicians in the national governments of these African countries means that in many cases the laws have been changed; but that does not guarantee any change in the way widows are actually treated.

Another factor in Zimbabwe (and other African countries) is that the law only applies to women whose marriages have been officially registered. Since the majority of Zimbabwian marriages are conducted according to their “customary law” (traditional customs), the law doesn’t offer any protection to widows from these partnerships.

Stories from Nigeria tell of the unimagined suffering experienced by widows – even well-educated, financially stable women. One of the factors that works against Nigerian widows is that the law allows for anyone to go to the hospital and fill out the form requesting the death certificate of the recently deceased spouse, claiming to be acting on behalf of the widow. With the death certificate in hand the in-laws then have no difficulty in draining the deceased’s bank accounts and taking ownership of his property, leaving the widow helpless and bereft. 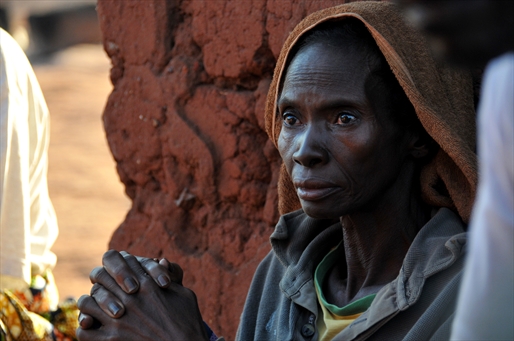 Stories from other African countries, Cameroon and Niger for example, tell of horrific abuse of widows in the name of custom. Depending on the local custom, a widow may be stripped naked and forced to run around the village in that state, forced to sit on a mat on the floor and sleep on the floor with no bed, she may be permitted no visitors, in some cases is locked inside a hut for as much as three months without permission to even wash herself, may be given only one meal a day of very poorly prepared food which she has to eat in isolation. The whole village sees her as a curse, as someone who has to be punished for causing the death of her husband.

But there are hopeful signs even in Cameroon. In one district an international NGO teamed up with the local Muslim Students’ Association to start educating and advocating for an end to the stigma and discrimination felt by HIV/AIDS widows in particular. As a result, the King of that district has become totally committed to ensuring the rights of widows. The local advocates do a lot of grassroots educating in the villages, helping people to understand how unfair their treatment of widows is. And now, at least in this district, if in-laws will not change their behaviour, they are sent to the palace where the King makes sure the widow gets justice.

Still, even when the issue of inheritance has been dealt with, a widow faces extreme poverty. So beyond advocating for changes in the laws, beyond educating local people to change their thinking about widowhood, NGOs in Africa know that there needs to be practical help for widows, helping them start businesses, providing microloans, emergency funding, ensuring education for the children, etc.  Educated children will be the next generation fighting for the rights of widows, and for widows to be given the respect that was denied to their mother.

In a recent news article, it was reported that in the Ghanaian Parliament the lawmakers (despite having themselves created laws that uphold international conventions on the rights of women and widows) walked out in contempt of a new member of parliament because she is a “bloody widow”. Clearly enormous changes in attitudes, even among the educated, are necessary before widows will be treated with respect in Ghana.1

Go through any bibliography relating to widows and you’ll find plenty of articles on other African countries; each one presents a similar picture of extreme and cruel discrimination against these women who become the poorest of the poor.  I’ve suggested a couple of articles below for you to explore:

"Invisible and excluded"  The Fate of Widows and Divorcees in Africa