The stories of widows' lives are portrayed very powerfully in movies and books, so I've listed a few here that will take your understanding of the issues to a deeper level.

One would like to think that some of what you see or read is sensationalized and shouldn't be generalized; unfortunately the reality of widows’ lives is probably even worse than what you see depicted here.  Allow yourself to be moved, to become angry, to become concerned.

I’ve also gathered a list (below) of more scholarly articles and books for those who want to delve deeper into the research on widows worldwide. This list is by no means exhaustive, but it will get you started.

WATER is a 2005 drama film written and directed by Deepa Mehta, with screenplay by Anurag Kashyap.  It is set in 1938 in colonial India against Gandhi's rise to power, and explores the lives of widows at an ashram in Varanasi, India. It tells the story of 8-year-old Chuyia, who is widowed and sent to the ashram to live out her life in penitence; once there, Chuyia's feisty presence deeply affects the lives of the other widows. The film is also the third and final instalment of Mehta's Elements trilogy. It was preceded by Fire (1996) and Earth (1998). 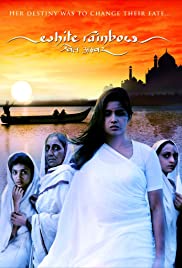 WHITE RAINBOW      “A reading assignment brought home by our 12 year old son, about a young widow in India, changed our lives forever. Reading that heart-breaking tale of how a young widow in India is stigmatized really shook our core.  We were determined to help and bring about change to the out dated and repressive attitudes that have kept the widows of India marginalized --Thus began the quest to make a film that would have an impact not only in the lives of the widows but, also on the lives of all people who are repressed and feel powerless.”  It's available on the White Rainbow Project website. 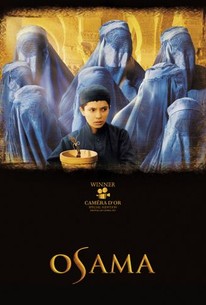 OSAMA is the first movie to be produced by Afghan filmmakers after the fall of the Taliban in 2001. Under the regime women are not allowed to work, but widows have to find a way to support themselves and their families. Yet the Taliban forbids women to go outside the home unless in the company of a male. The widow disguises her young daughter as a boy so “he” can earn money to support them... with heartbreaking results. With a return of the rule of the Taliban in Afghanistan (2021) this movie is be a powerful eye opener as to what widows and their children may have to endure under the Taliban. 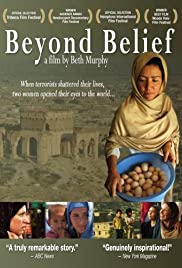 BEYOND BELIEF tells the story of Susan Retik and Patti Quigley, two ordinary soccer moms living happily until tragedy strikes. Rather than turning inwards, grief compels these women to focus on the country where the terrorists were trained who took their husbands’ lives: Afghanistan. Over the course of two years, as they cope with loss and struggle to raise their families as single mothers, these extraordinary women dedicate themselves to empowering Afghan widows whose lives have been ravaged by decades of war, poverty and oppression – factors they consider to be the root causes of terrorism. 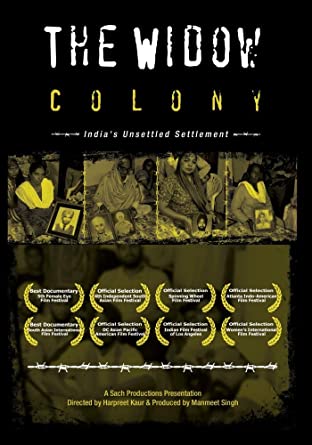 THE WIDOW COLONY  – India’s Unsettled Settlement, is a disturbing documentary that takes an in-depth look into the lives of the widows of the Sikh men who were killed in the anti-Sikh massacre of November 1984. Director Harpreet Kaur explores the suffering of these women, their battle for justice and their struggle for survival in India. Written by Manmeet Singh. 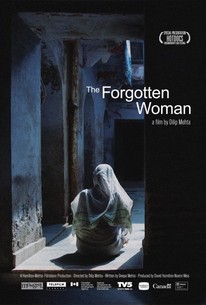 THE FORGOTTEN WOMAN     Inspired by the 2006 Academy Award® nominee for Best Foreign Language film, "Water," [above] this documentary tells the story of some of the 20 million Indian widows who are abandoned by their families and literally turned out into the streets when their husbands died. "Water" was a fictional recounting of this terrible tradition, set in 1938. "The Forgotten Woman" is true, and happening today.

GOD'S WIVES is a "passion project" by media personality Bolanle Olumanni, a brief documentary that sheds light on the plight of widows in Nigeria. The documentary was inspired after Bolanle began working with widows from the Self-Worth Empowerment centre, an NGO that provides group therapy, empowerment courses, and access to self-improvement. The documentary tells  the stories of two widows Chinwe Agulonu and Nkechi Ezeh. God's Wives was written, produced and directed by Nigerian media personality, Bolanle Olukanni.   Find it at:  https://www.youtube.com/watch?v=SzbEpNO0jiU 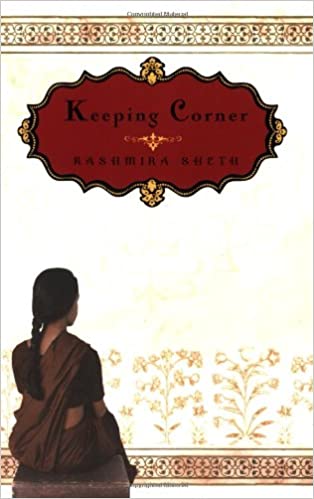 Set in 1918, this is the story of a 12-year old in India who becomes a widow. From the carefree life of a spoiled young girl, she is plunged into all of the Indian widowhood customs. But unlike millions of others, she finds hope. 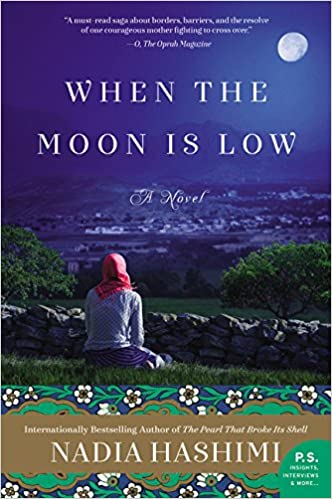 WHEN THE MOON IS LOW  by Nadia Hashimi

A war widow in Afghanistan escapes with her family, hoping to reach England.  The novel exposes the reader to life in a conflict zone, as well as the harrowing experience of trying to find safety in a dangerous world. 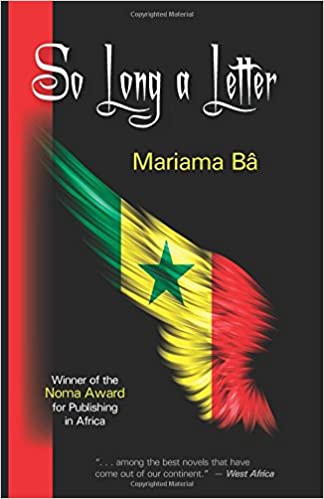 SO LONG A LETTER  by Mariama Ba

Set in Senegal and written as an extended letter, the newly-widowed author of the letter writes of her struggle for survival despite feeling betrayed by her husband when he married a second wife. It paints a picture of another kind of widowhood, that of being part of a polygamous marriage. 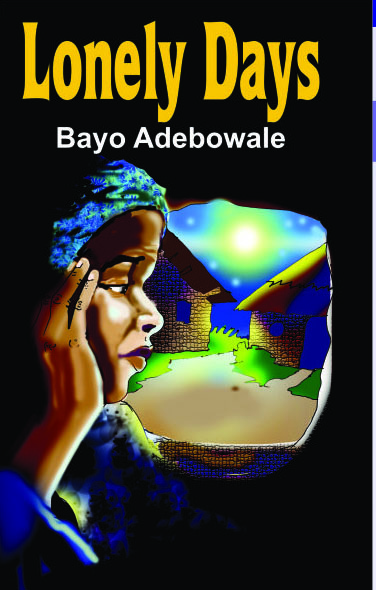 “Set in the rustic village of Kufi in South-western Nigeria, the novel tells the story of Yaremi, a woman thrown into widowhood by the death of her husband Ajumobi.  Yaremi’s humiliation, loneliness and struggle for survival in Kufi are a microcosm of the plight of widows in the larger Nigerian society and indeed in Africa as a whole.” 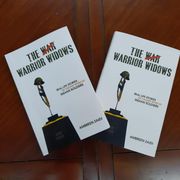 THE WARRIOR WIDOWS  by Ambreen Zaidi

Here are the first-person stories of women widowed because of war. And while their late husband is a hero, they themselves become another of the discarded, disowned and oppressed, fighting for what is rightfully theirs, and fighting for hope.

A SHORT LIST OF OTHER RESOURCES FOR MORE IN-DEPTH STUDY

“A World of Widows provides a global overview of the status of widowhood. Neglected by social policy researchers, international human rights activists and the women's movement, the status of the world's widows - legal, social, cultural, and economic - is an urgent issue given the extent and the severity of the discrimination against them.”

Any book by Dr. Marty Chen will give well-researched insights into the reality of widowhood in India.
She has co-authored books on India’s widows with Dr. Jean Drèze as well. Though these books aren’t recent, they unfortunately still reflect a relatively unchanged landscape for most Indian widows.

“This is the first comparative anthropological study of widowhood in Africa, comprising ten case studies that cover a broad spectrum of societies in different parts of the continent.”  Again, even though it’s not a recent publication, the picture it paints is still common.

Powered by Love   by Joanna Henry and Ilana Landsberg-Lewis.  Goose Lane Editions (2017)
"By the time the AIDS pandemic in Africa had reached its height in the early 2000s, millions of children had been orphaned. In the face of overwhelming loss, the grandmothers of Africa stepped in to hold families and communities together. Author Joanna Henry and photographer Alexis MacDonald visited eight African countries, interviewing and photographing hundreds of grandmothers... who are reclaiming hope and resurrecting lives..."

Widows of Vidarbha tells the story of 16 widows of farmers who committed suicide. They’ve been invisible to the state, the community, and even their families.  Neelima talks of their lost dreams, their diminished worldviews, and their helpless surrender to their fate. But her book hits hard at the failure of local governments to acknowledge, much less care for, these women and their families; and their failure to acknowledge the extreme need of farmers for much greater assistance.

“How can two senior citizens from Minnesota and two young adults from Africa care for the needs of hundreds of orphaned children in the Democratic Republic of the Congo when they have no experience or resources? Trusting in a leap of faith, they answered the call from God with compassion, commitment, love and hope as they reached out to ‘the least of these’. Eyes of Hope, Caring for Orphans and Widows in Africa is a tragic story about the people of a war-torn country as well as an inspiring story about faithful service to others that brings hope to the future of hundreds of orphans and widows.”

“'The World Widows Report' was published to coincide with the adoption of the Sustainable Development Goals by the United Nations and provides a basis for researchers, international and local agencies, governments and all who care about gender inequality and the desperate plight of widows to develop sound, evidence-based policy for a better world.”

The “References” section of this report provides an extensive list of publications and articles of all sorts for anyone wanting to delve more deeply into widows’ issues.

“The Plight of Widows”.  Encyclopedia of Death and Dying . nd   http://www.deathreference.com/Vi-Z/Widows-in-Third-World-Nations.html

Owens, Margaret and Alice Lees.  "Widows Speak Out. A Dossier of Evidence for the Attention of CEDAW." 2020.  https://www.widowsforpeace.org/reports/widows-speak-out-cedaw-2020/

"Widows' Charter." 2017.  Prepared by Widows for Peace Through Democracy, as a Draft document that may be customized for a given country, and used by civil society as a powerful tool to lobby the government for widows' rights. https://www.widowsforpeace.org/widows-charter/

"Resolution on the Situation of Widows." 2022. Adopted by the UN General Assembly on March 15, 2022.  https://www.widowsforpeace.org/reports/widows-speak-out-cedaw-2020/

"Widows Briefing Paper and Action Guide." 2019. Prepared by the Loomba Foundation for UN Member States relative to International Widows Day, June 23. The paper covers three points:   the history of International Widows Day, building support for the cause, and an appeal for the creating of country-specific action plans to address the plight of widows.  https://www.widowsrights.org/reports/IWD2020/IWD_Widows_Briefing_Paper_and_Action_Guide.pdf


Read here about organizations who go beyond the emotional impact of this research and who take action. They are among the many who are creating the possibility of hope and a better future for widows in many countries of the world.